Vietnam is located in the centre of Southeast Asia with a land area of 331,689 square kilometres. It is bordered by China to the north, Laos and Cambodia to the west, and the East Sea to the east. Vietnam is in an ideal position for the development of the economy in general, and trade and tourism in particular. Its capital is Ha Noi, and its currency is the dong (VND). Vietnamese is the national and official language of Vietnam.

The modern day history of Vietnam is perhaps best started by reference to the Geneva Accord signed in 1954, which ended French colonial rule following the conquest in 1858 and partitioned the country into two parts. Since 1986, Vietnam has been carrying out economic reforms under the ‘Doi Moi’ (Renovation) to move from a central planned economy maintained from its reunification in 1975 to a market oriented economy. Since then, Vietnam has recorded important achievements in socio-economic fields and has become one of the fastest-growing economies in the world, with gross domestic product (GDP) projected to expand by 6.8% in 2018. Vietnam joined the World Trade Organization (WTO) in January 2007, following more than a decade-long negotiation process. WTO membership has provided Vietnam an anchor to the global market and reinforced the domestic economic reform process.

Vietnam has an extensive state-controlled network of schools, colleges, and universities and a growing number of privately run and partially privatised institutions.
General education in Vietnam is divided into five categories: kindergarten, elementary schools, middle schools, high schools, and universities.
A large number of public schools have been constructed across the country to raise the national literacy rate, which stood at 90% in 2008.Most universities are located in major cities of Hanoi and Ho Chi Minh City with the country’s education system continuously undergoing a series of reforms by the government. Basic education in the country is relatively free for the poor although some families may still have trouble paying tuition fees for their children without some form of public or private assistance.Regardless, Vietnam’s school enrolment is among the highest in the world.
The number of colleges and universities increased dramatically in the 2000s from 178 in 2000 to 299 in 2005. In higher education, the government provides subsidised loans for students through the national bank, although there are deep concerns about access to the loans as well the burden on students to repay them.
Since 1995, enrolment in higher education has grown tenfold to over 2.2 million with 84,000 lecturers and 419 institutions of higher education.A number of foreign universities operate private campuses in Vietnam, including Harvard University (USA) and the Royal Melbourne Institute of Technology (Australia). The government’s strong commitment to education has fostered significant growth but still need to be sustained to retain academics. In 2018, a decree on university autonomy allowing them to operate independently without ministerial control is in its final stages of approval. The government will continue investing in education especially for the poor to have access to basic education.

Vietnam, a one-party Communist state, has one of south-east Asia’s fastest-growing economies and has set its sights on becoming a developed nation by 2020.

It became a unified country once more in 1975 when the armed forces of the Communist north seized the south.

This followed three decades of bitter wars, in which the Communists fought first against the colonial power France, then against South Vietnam and its US backers. In its latter stages, the conflict held the attention of the world.

The US joined the hostilities in order to stem the “domino effect” of successive countries falling to Communism.

The war produced heavy casualties on both sides, atrocities against civilians, and the indiscriminate destruction and contamination of much of the landscape.

A visit to Vietnam by US President Bill Clinton in November 2000 was presented as the culmination of American efforts to normalise relations with the former enemy.

Vietnam struggled to find its feet after unification and tried at first to organise the agricultural economy along strict state-run lines.

But elements of market forces and private enterprise were introduced from the late 1980s and a stock exchange opened in 2000.

Foreign investment has grown and the US is Vietnam’s main trading partner. In the cities, the consumer market is fuelled by the appetite of a young, middle class for electronic and luxury goods. After 12 years of negotiations the country joined the World Trade Organization in January 2007.

But the disparity in wealth between urban and rural Vietnam is wide and some Communist Party leaders worry that too much economic liberalisation will weaken their power base.

Despite pursuing economic reform, the ruling Communist Party shows little willingness to give up its monopoly on political power.

The human rights advocacy group Amnesty International says in a 2011 report that ”more than a dozen activists were convicted in faulty trials simply because they had peacefully voiced criticism of government policies”. A new wave of subversion trials began in 2013. 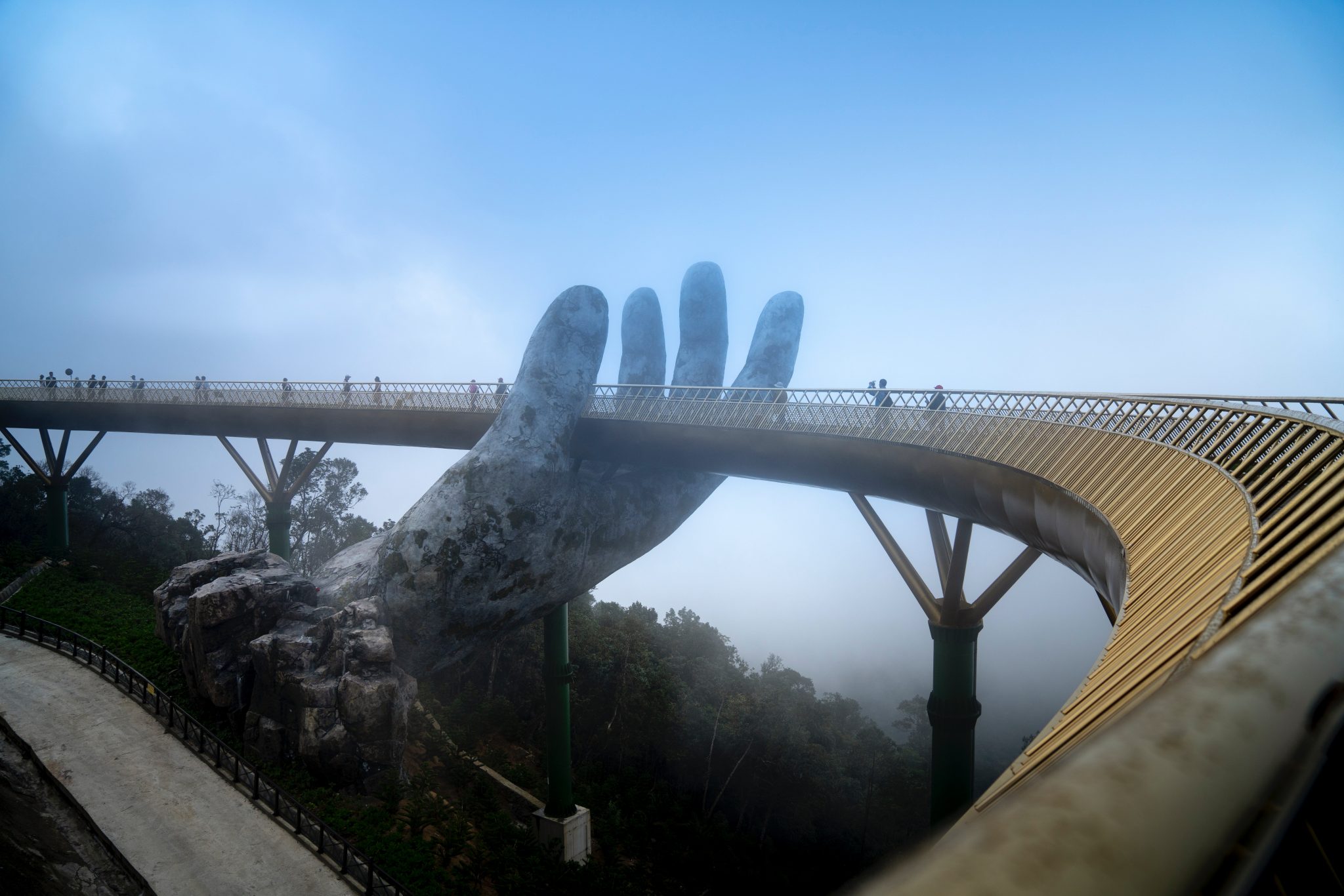 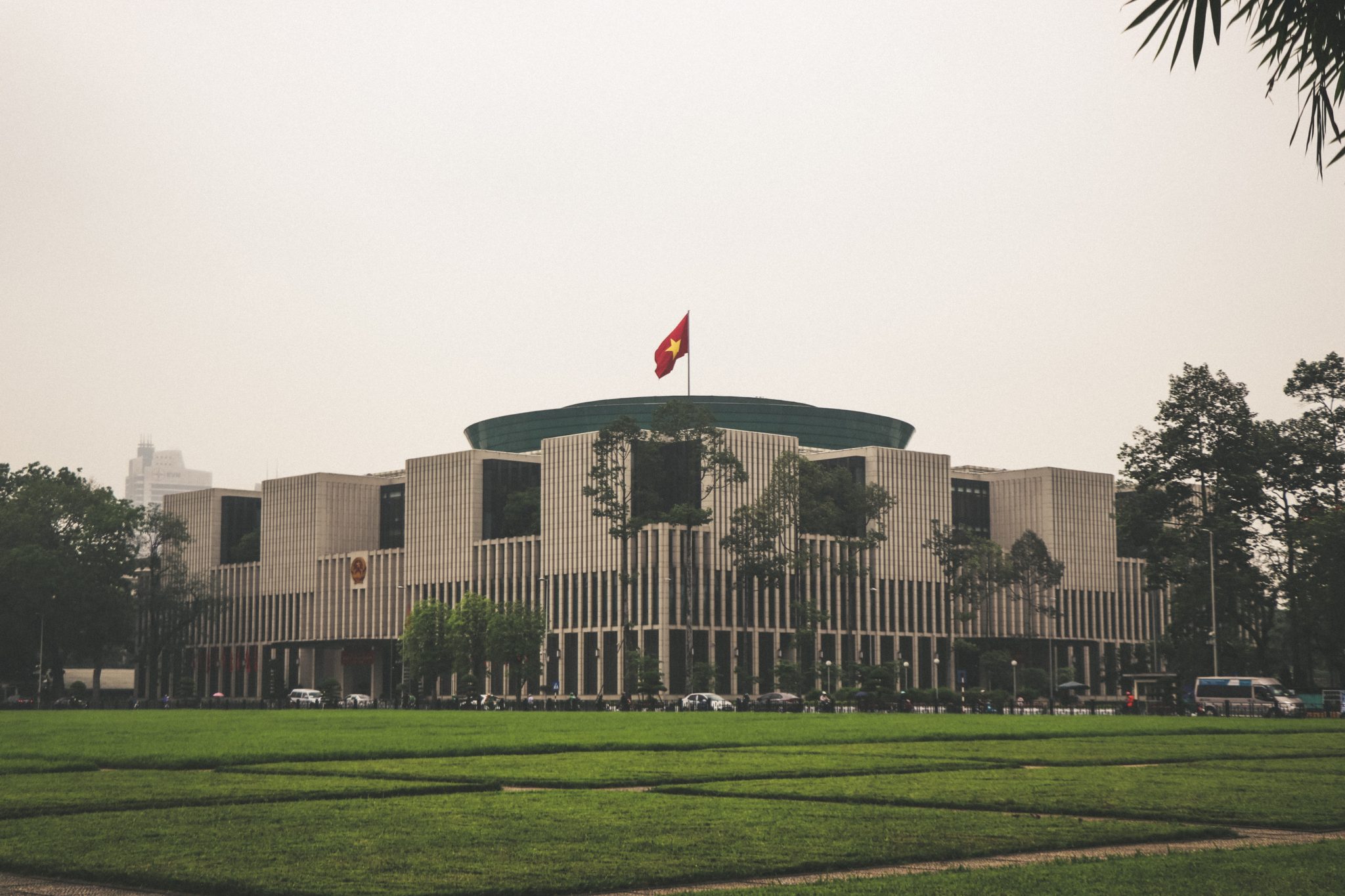 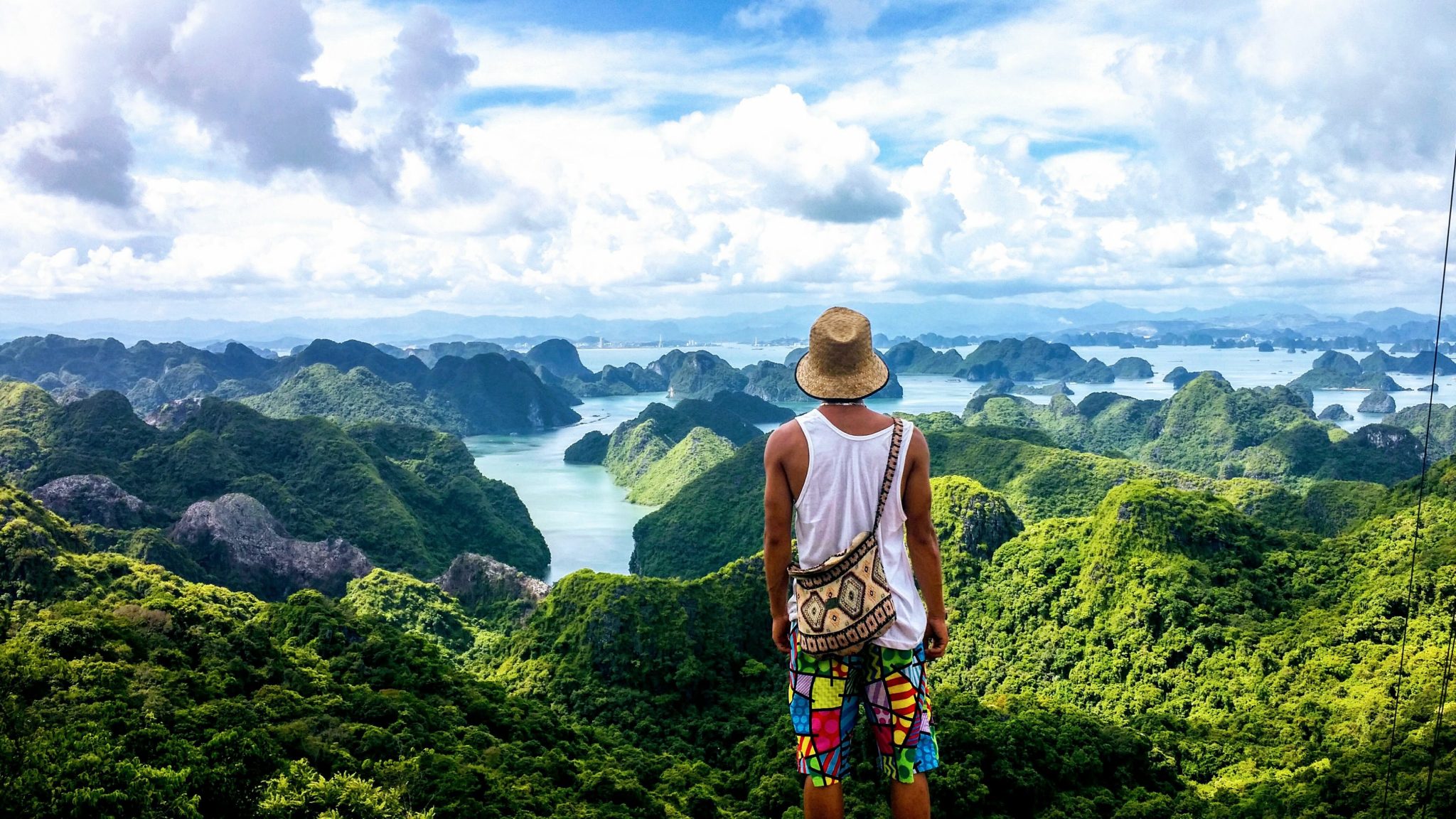 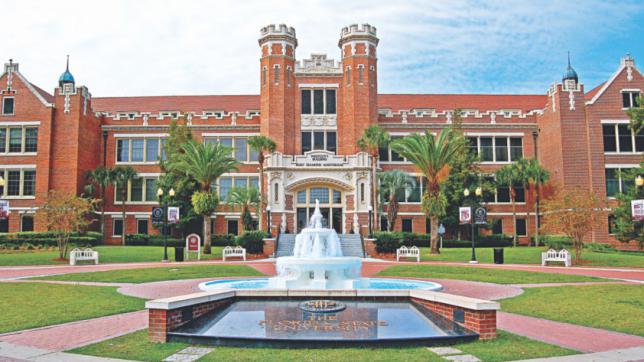 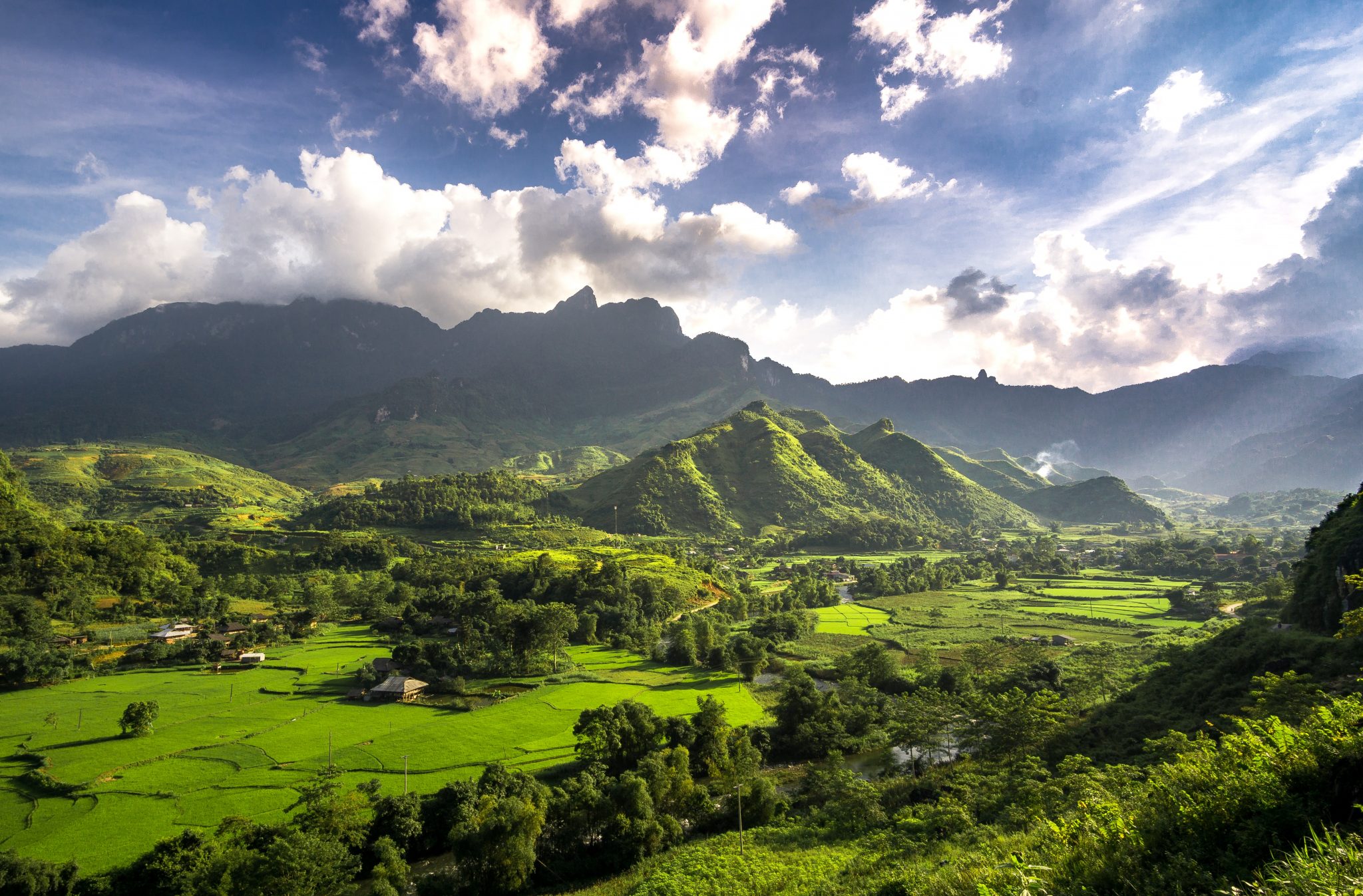 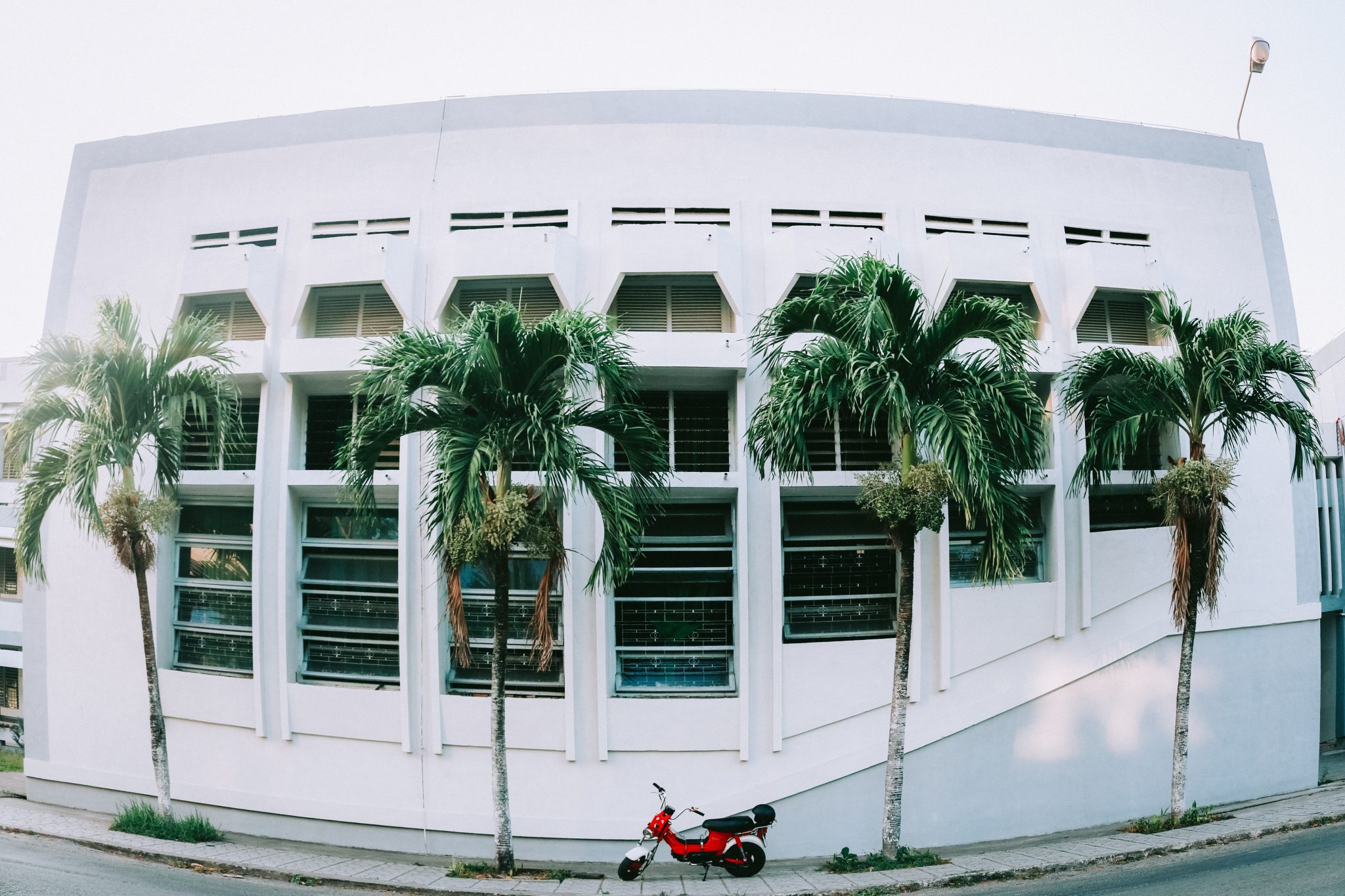 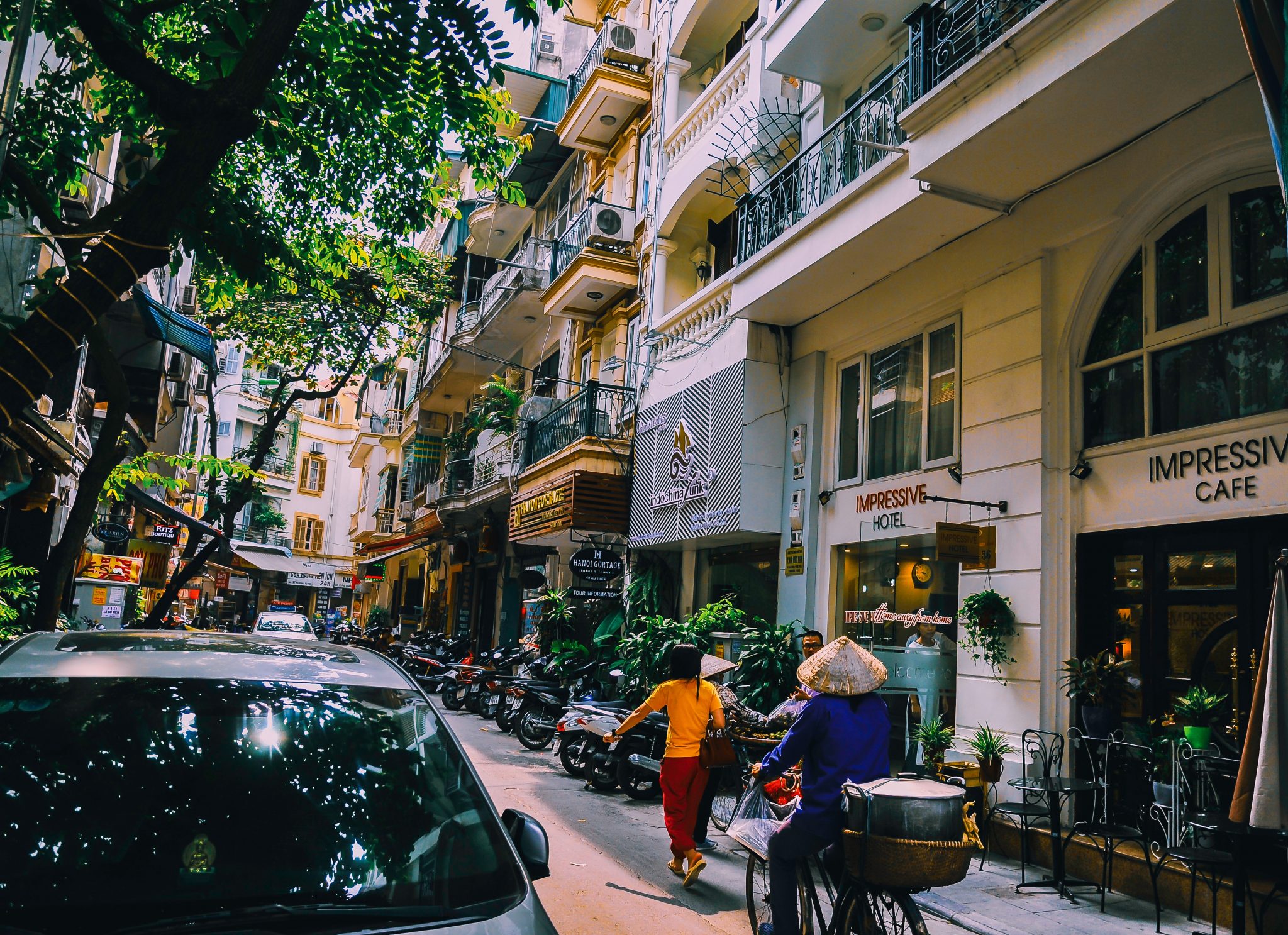 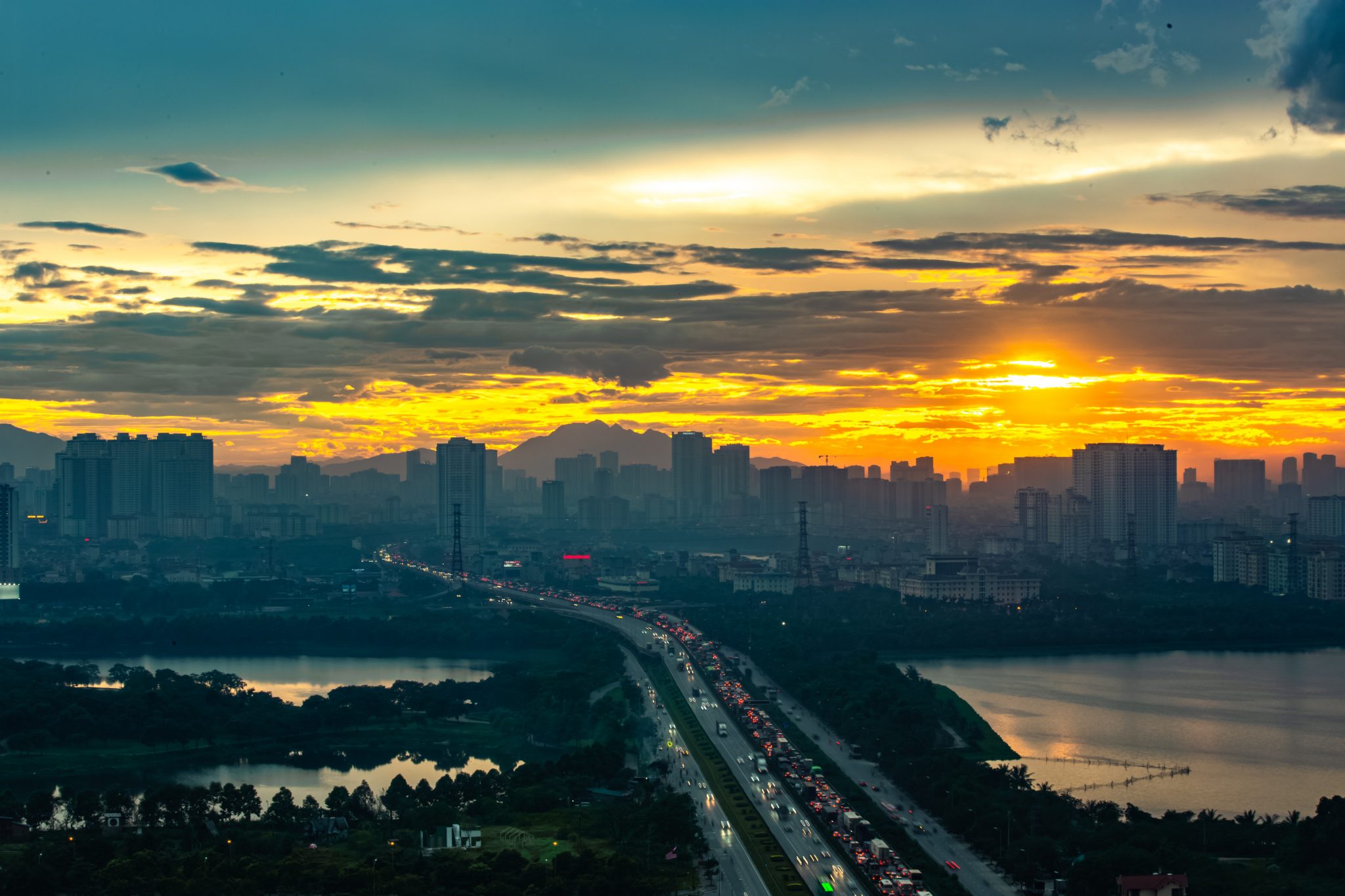 Over the past decades, we have been attaching great importance to promoting quality post-secondary education by welcoming talents, upholding academic freedom, respecting institutional autonomy, fostering collaboration and promoting academic exchanges. Vietnam aspires to further develop itself into a regional education hub with world-class universities and quality institutions through diversification and internationalisation. It is our vision to nurture bilingual students with a broad knowledge base, global outlook, enriched learning experience, ability to think critically and creatively, ability to work independently and collaboratively, and most important of all, the integrity to serve the community.

Our universities’ performance is outstanding amidst our population and GDP compared with other countries and regions. Accounting for a global academic performance, our tertiary education has achieved greater fame on the global academic map.

According to the Times Higher Education World University Rankings surveys, Vietnam hosts some of the world’s best universities in fields such as computer science and information systems, engineering-mechanical, aeronautical and manufacturing and engineering-electrical and electronics. Our performance in other fields is equally impressive. We adopt international standards in curriculum design and quality assurance.

Our institutions also join hands with other prestigious universities worldwide to offer joint academic programs. With the help of the Government, Our institutions have seamlessly promoted transnational cooperation and exchange with countries like Australia, France, the U.S., Japan, and Germany. Our institutions have also acceded to international education agreements, such as the Asia-Pacific Convention on the Recognition of Qualifications in Higher Education.

Our institutions strive for excellence in conducting world-class quality research. They have also emphasised inter-disciplinary and inter-institutional collaboration in research activities so as to create synergy and maximise available resources. In addition, our institutions have a long history of involvement in both local and international research, from the supervision of PhD students, to breakthrough research in the fields of education, the environment, technological innovations, and economic reform.

To attract both outstanding local and non-local students to pursue PhD studies in Vietnam, Our institutions provide schemes that offer research students a comprehensive and international training program with supervision from renowned local and international professors.

Admission into these PhD programs requires a good Master’s degree in a relevant discipline. The programs require a research student at least three years of full-time study. In the case that they cannot study full time, they must study and research for a total time of four years including at least twelve months full time at the university to realize research projects.

For details of what PhD programs your institution provides for overseas students, please check out the international office’s or student affairs office’s website, or contact them directly.

Facts About Study in Vietnam

A home to some of the world’s top 139 universities in Asia in 2018.
A home to three international cities where English is used as a teaching medium in most university courses.
A melting pot of Eastern and Western cultures with diversity in lifestyle.
A home to cosmopolitan cities offering super global, regional and local connectivity.
A unique destination consisting of beautiful cities punctuated by a dramatic skyline filled with skyscrapers.
Vietnam aspires to be a regional education hub. We welcome non-local students to study, to do research and to take part in exchange activities here.

In general, non-local students should nominate a local sponsor, which can either be the educational institution granting the acceptance or an individual, provide the necessary supporting documents. Normally, the Immigration Department requires the following documents, while further supporting documents and information in connection with the application may still be required when necessary. It will normally take four to six weeks to process a visa or entry permit application for study upon receipt of all the required documents – apply as far in advance as possible!

International students are obligated to provide the following information 4 weeks prior to the date of arrival in Vietnam:

NOTE!
International University shall not be responsible for the tardiness of students’ arrival in case they fail to submit the mentioned documents on time.

Once you are accepted to study at IU, you will receive a Letter of Acceptance. At the same time, IU will send an email requesting you to fill in the Visa Information Form. Information being requested composes of your personal information (name, passport number, etc.) and the exact address of the Vietnam Embassy or Vietnam Consulate General nearest to your place.
IU then submits the necessary documents to the Vietnam Immigration Department in Hanoi or Ho Chi Minh City (VID- HN/HCMC). The visa pre-approval will be issued after 7 working days.
VID-HN/HCMC will fax a copy of visa pre-approval to Vietnam Embassy or Vietnam Consulate General in your home country (to the address of your choice as written in the Visa Information Form).

Institutions will make admission decisions primarily based on the merits (e.g. academic and other non-academic achievements) of individual applications. Some institutions will invite applicants to attend interviews, whose performance at the interviews will also be taken into consideration. You are advised to read the course information provided by institutions carefully and contact the institution(s) you intend to apply for if you need further advice and clarification.