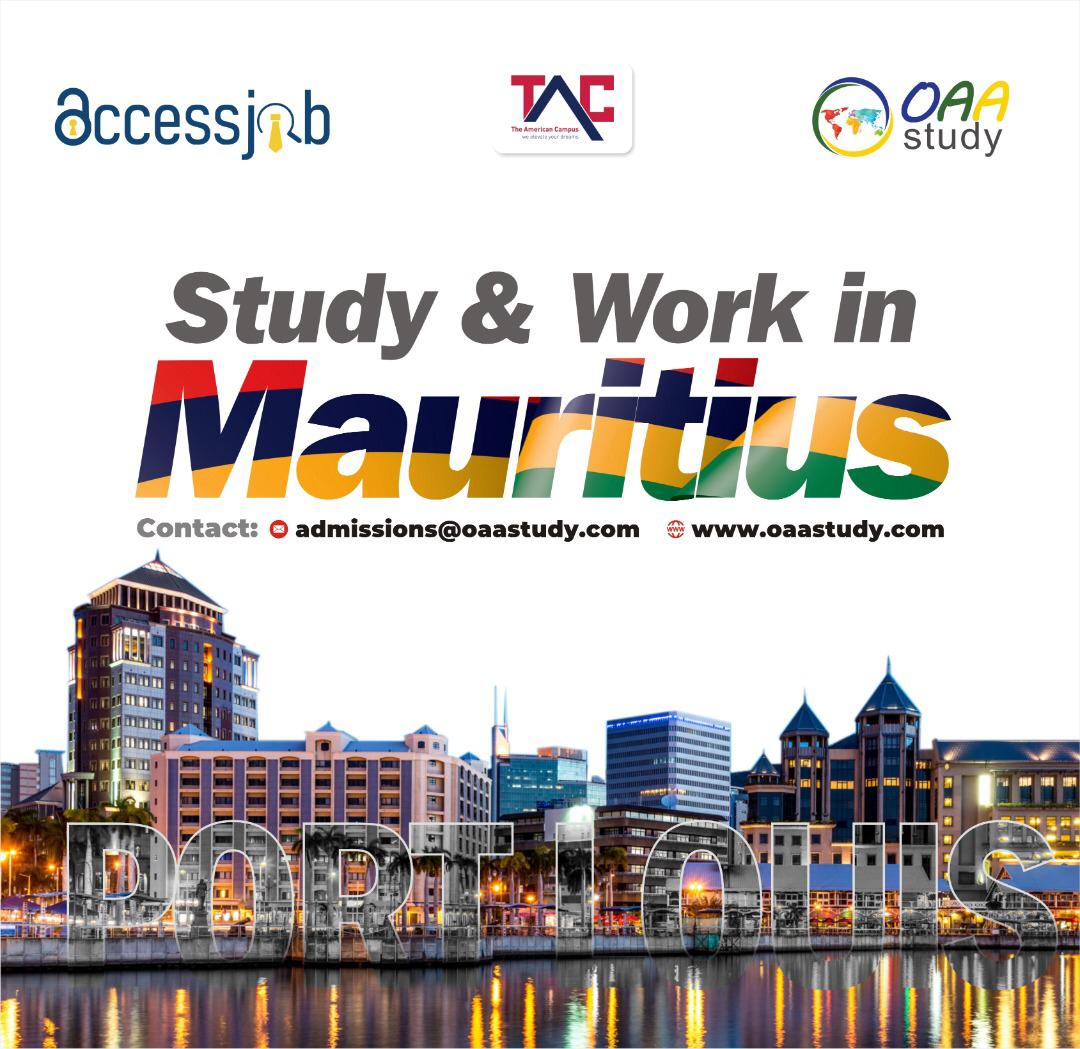 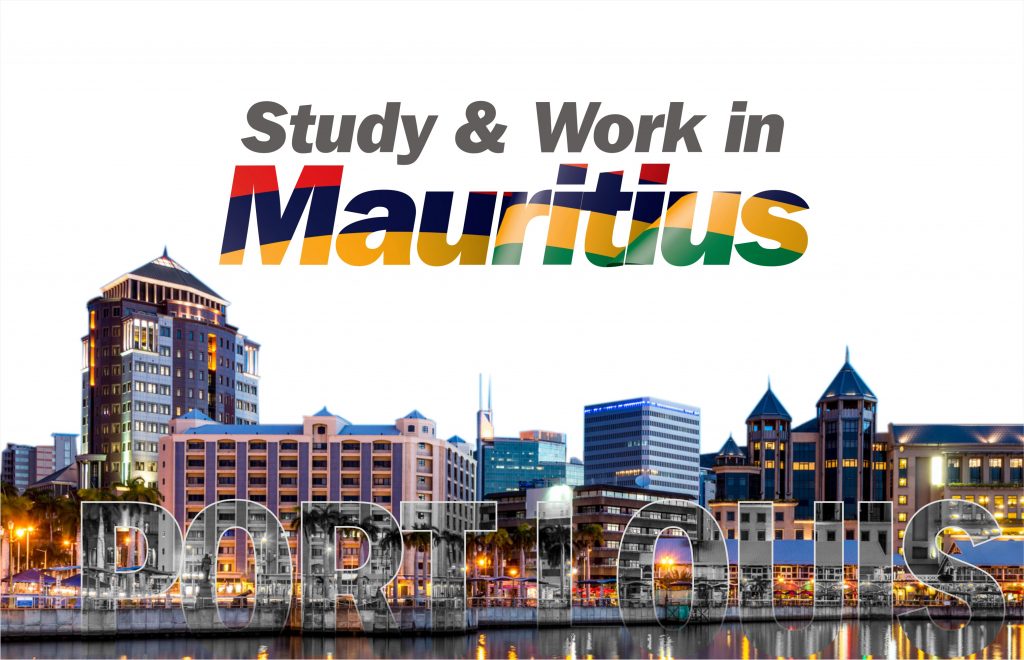 WORK AND STUDY IN MAURITIUS

Mauritius is a small group of islands 2000 km off the coast Madagascar in the Indian Ocean. It remained uninhabited until 1638 when the Dutch set up the first colony, naming it Mauritius. Afterward, the colony switched hands between European powers several times, until it became independent in 1968. This island nation is located about 700 miles east from Madagascar and includes the main island, Rodrigues, St Brandon, Agaléga, 49 smaller uninhabited islets, and disputably the Islands of Tromelin and the Chagos Archipelago.

The country has about 1.3 million population of people and is the most densely populated country in all of Africa with about 624 people per square kilometre. Mauritius does not have a definitive ethnic background since 1972 and today there are no statistics that accurately specify where their ethnic lines fall into, However, it is generally accepted that somewhere around 66% of the population is of indo-or indo-mixed Mauritian heritage while the remaining 34% come from Caucasians of French or British ancestry, Asians of Chinese ancestry and Black Africans of East African descent.

The currency of exchange in Mauritius is called the ‘Mauritian Rupee’, they use the type C and G plus outlets and they drive on the left side of the road. One interesting fact about the country is that there is no indigenous population as there have been different civilizations that have inhabited the island throughout its history. Also, the vast majority of Mauritians are bilingual, trilingual or quadrilingual. English and French are the administrative languages, but they additionally speak other languages such as Hindi, Dutch, Mandarin, Urdu, etc and Mauritian Creole which is spoken interchangeably by everyone.

Mauritius have a pretty diverse economy, they have the third-highest GDP per capita in all of Africa with an average annual salary of about $22,000. Industry, Banking and Service sectors employ most people especially after the country has experienced a huge tourism boost in the last decade. The largest exports in Mauritius are textile, fish and sugar cane a very significant off-put of their thriving agricultural sector.

The world all over recognizes Mauritius is a hot travel hub for tourists as it is one of Africa’s major tourist destinations. The country has many sand beaches, corals, small tropical islands and a complete service sector devoted to tourism and cultural exchange. Much of its economic growth has been a result of the expansion of luxury tourism.

Over the past four decades, Mauritius has grown from a mono-crop economy to a multi-pillar in economic areas like finance, agriculture, ICT, tourism, and manufacturing. During the 1980s considerable investments were made and capital investments nearly tripled their income from 11.3% of GDP in 1982 to reach a peak of 30% in the early 1990s. Investment rates in recent years have remained at a steady development recovering from its plunge in 2014.

Sustained by economic growth, unemployment in Mauritius has remained low for many years and recently the government has made policies in place to ensure that youth unemployment remains at a low rate, one of such policies is in educational reform. The country has moved for an increased demand for skilled workers in financial services and ICT compared to textile and sugar.

A new wave of reforms has been developed to boost its growth by 6%, comprehensive reforms to improve public institutions together with increased private sector involvement in the education, water, transport, and energy sectors have brought about a more productive Mauritius. The education system in the country has designed a means to reward productivity and support innovation.

International students who are more than 16 years of age can find paid jobs in several establishments and industries only on the condition that they will work for a part-time duration of not more than 20 hours weekly, and they will remain enrolled in a study program of at least one year in an academic public, private, or technical higher institution in Mauritius.

Why Study in Mauritius

The cost of studying and living in Mauritius is significantly lower when compared to many other countries around the world, especially in North America and Australia. The country further demystifies the myth that island countries are expensive to live in for students as not only as academic costs very affordable, international students also have the opportunity to pursue part-time employment to support their education.

The application procedure for studying in Mauritius is quite seamless and so also is the visa and immigration processes. Foreign students find that they integrate very easily into the Mauritian system. Securing a student visa is also very straightforward for many nationalities under the present arrangements, continuously welcoming students who wish to solely study in the country. Study in Mauritius and get the advantage of an international certificate that is accepted anywhere in the world.

Mauritius has been named one of the safest countries on the planet, the country is essentially a haven for visitors with a very low crime rate where the people are very welcoming to foreigners. Foreign students in Mauritius also enjoy the liberty of association, participation, and travel within the country. The quality of life in the country is one of the highest in Africa as Mauritians enjoy their very stable economy that continues to grow with an upward projectile even for the future.

In keeping with its future goals, the educational sector in Mauritius has been reformed and remodeled to measure up to what is obtained in many western societies today. With key interests in productivity, research, and innovation, higher education students are taught with some of the best standards under some of the best conditions and by some of the best lecturers in the world. Mauritian degrees are of international repute and standards with multiple possibilities for global success within and outside the country. 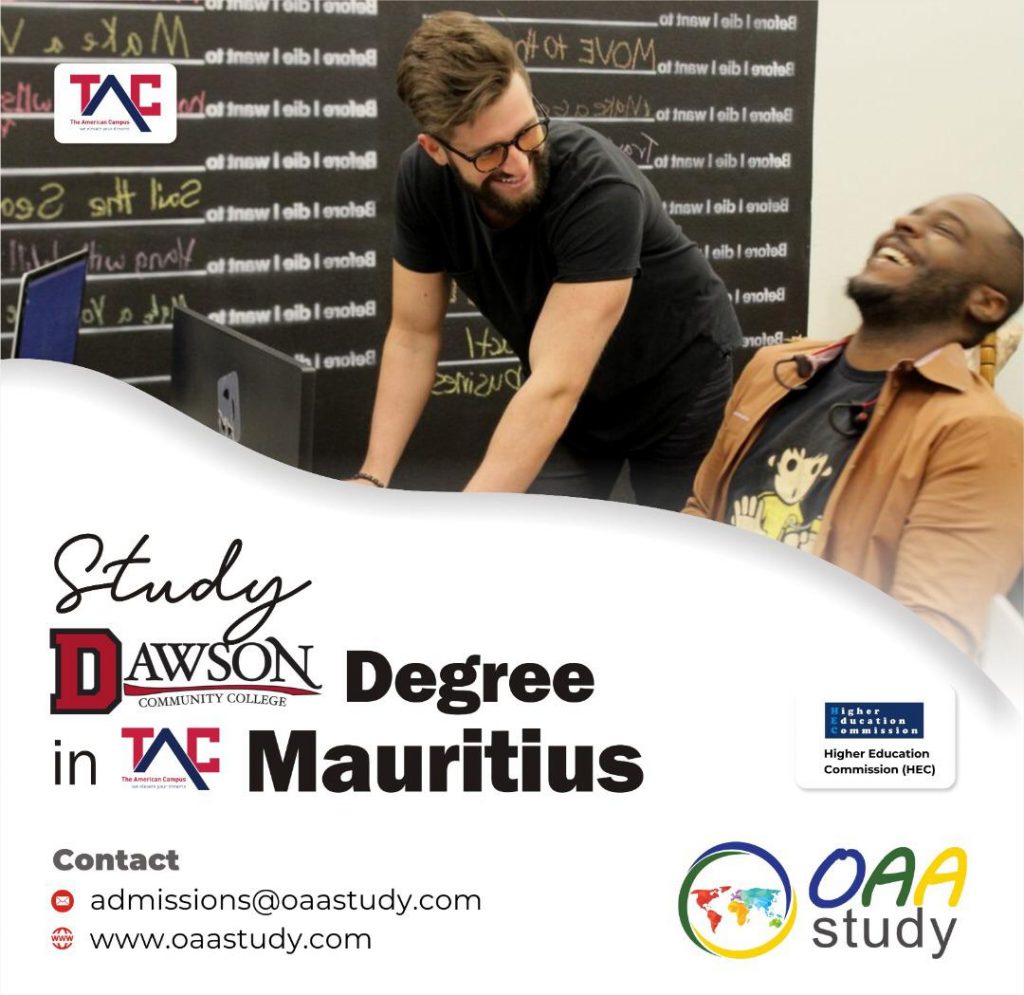 For more information on how to work and study in Mauritius, contact OAA Study at info@oaastudy.com

New Two-step Process to Study in Canada in Fall 2020